Queens, NY The Hispanic/ Latino Cultural Center of NY announces that the 13th Hispanic/ Latino Book Fair will be dedicated to Colombian Miguel Falquez-Certain. He is a poet, playwright, narrator and polyglot translator. In addition, he translated into Spanish Peter Buchman’s two scripts for Che’s films directed by Steven Soderbergh (The Argentine and Guerrilla), 2008.

Falquez-Certain has published six poems, six plays, a novel and a short narrative book, Triacas, for which he has received several awards, such as: the poetry contests of Linden Lane Magazine (1987); First and Second Poetry Contest of the Institute of Latin American Writers of New York (1989 and 1990); from Lyra Magazine (1989 and 1990); from Fresh Meadows Poets (1992); and in the International Latino Book Awards (2011) with Mañanayer, the only mention in the category of “Best poems in Spanish or bilingual” in 2011.

The Hispanic/ Latino Book Fair in New York will be held for the thirteenth consecutive year. This honors a member of the community who, through his work, has opened doors for Hispanic/ Latinos in the United States. It will take place on Friday, October 11th, through Sunday, October 13th, and will be dedicated to Colombian writer Miguel Falquez-Certain, who will be present. 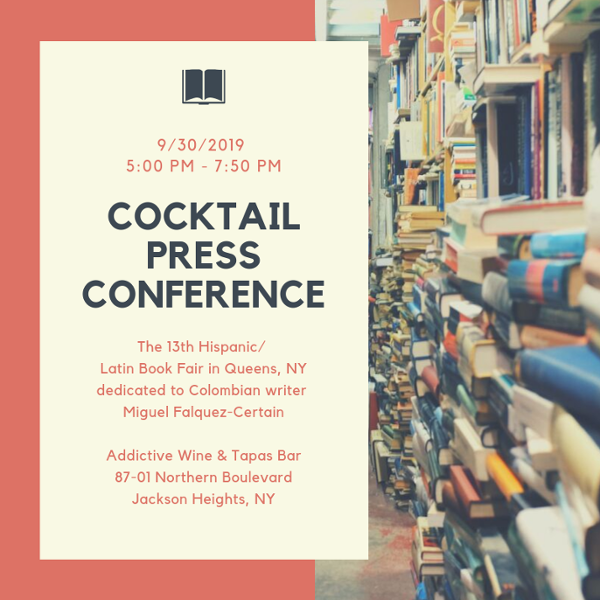 The event is organized by The Hispanic
Latino Cultural Center of
New York, a non-profit organization.